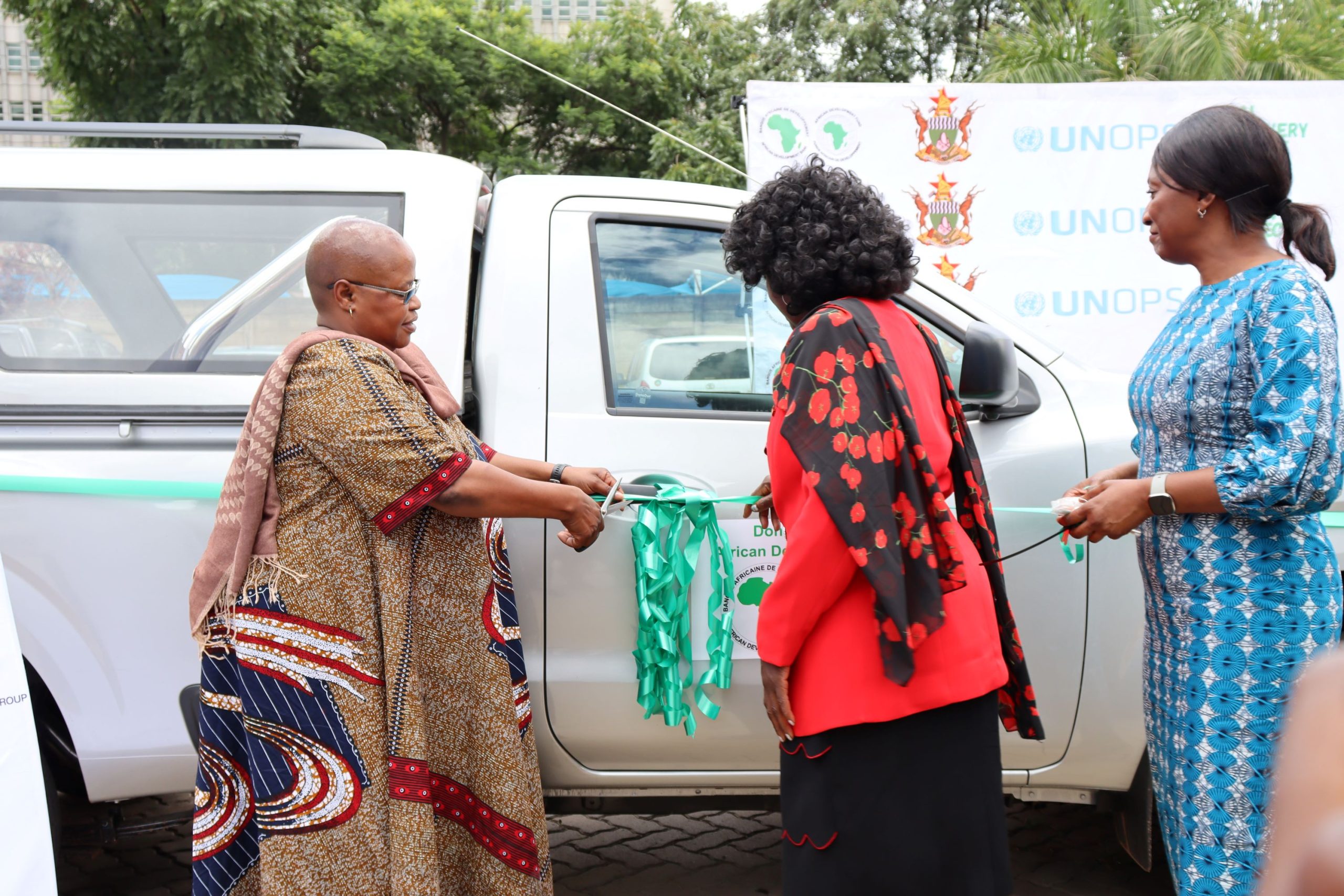 By Pamela Jeti and Clayton Denis

THE African Development Bank (AfDB) has donated two specialist 1 tonne 4WD single cab vehicles to the Ministry of Local Government and Public Works that have been handed over to Zimbabwe Electricity Transmission and Distribution Company for projects under the post 2019 Cyclone Idai recovery programme.

The vehicles worth nearly US$60 million were handed over in Harare at the Ministry’s headquarters on Thursday.

The vehicles were part of AfDB funded US$25 million Post Cyclone Idai Recovery Project (PCIREP) which is implemented by the United Nations Office for Project Services (UNOPS).

Speaking after receiving the vehicles, Deputy Minister in the Ministry of Local Government and Public Works Honourable Marian Chombo said the vehicles will go a long way in helping people in Chimanimani who are still recovering from the 2019 cyclone.

“This will form the basis for discussion between the Ministry of Energy and Power Development and my Ministry to turn one of the vehicles donated today into a coordination vehicle. Thus far, the Government is happy with progress towards the implementation of the post Cyclone Idai Recovery Project. Progress on the 33kv powerline from Chipangayi to Chipinge and Chimanimani is encouraging,” Hon Chombo said.

“I however, continue to implore all Government entities and agencies involved in the project to maintain the spirit of collaboration in the implementation of the projects to ensure that all the outstanding works are completed within the timeframe of the project. As l receive this donation with a deep sense of gratitude, l wish to highlight that the donation will go a long way in capacitating ZETDC in discharging its duties. We are optimistic that all the donations received will be properly accounted for and put to good use.”

The Government also commenced the Cyclone Idai Runyararo Housing project at West End farm in Chimanimani providing permanent houses for 224 households where each family was allocated 6000 square metre stands for their livelihoods.

She said to date, 166 houses have been completed and the bulk of them have been handed to intended beneficiaries. The remaining 58 houses are at different stages of completion.

“We are happy with the progress that our project has made in restoring the service levels of transport, power, water and sanitation, and agriculture to the affected communities in the most affected districts of Chimanimani and Chipinge. But equally important is building resilience for the future. Today, we deliver these vehicles to ZEDTC to strengthen their capacity in disaster preparedness, ensuring the devastation of Cyclone Idai is not repeated,” she said.

“Replenishing the ZEDTC fleet is one part of building resilience against future climatic shocks and ensuring better preparedness in the future. Alongside reconstructing a total of 200km of power lines, supplying specialist electrical equipment and weather monitoring systems, the PCIREP is ensuring that we build back better after the devastation of Cyclone Idai,” she said. The coordination of disasters such as cyclones done by the Civil Protection Unit under the Ministry of Local Government and Public Works